The (Re)Birth of Four Stacks 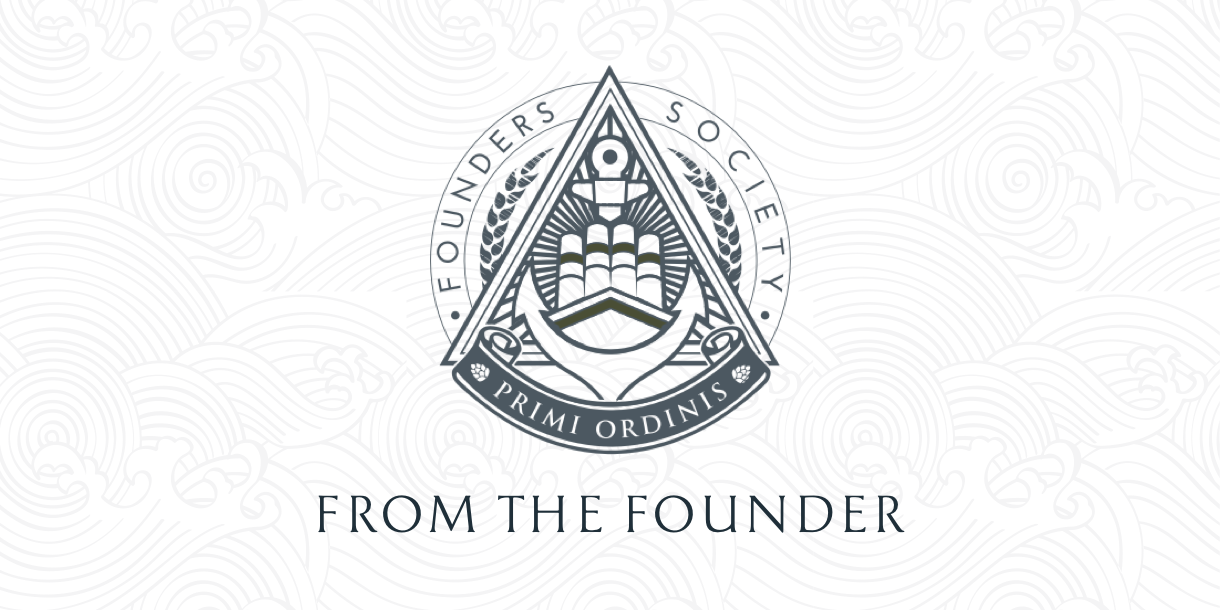 As I sit here thinking about the new year upon us, feeling excitement about the future, paired with the pains of the past, it all still feels so new that I have to remind myself that our brewery experiment is now almost four years old. In fact, if you include my 2014 venture to San Diego, the trip that inspired this story, we’re truly just weeks away from the four year mark.

If I sit down and think really hard, trying to recreate the timeline in my head, the math does work, but only just:

I had to check multiple email threads to get the timing right, but it’s mostly accurate overall, and (I think), helps provide some insight into what it’s like to actually plan, launch, and run a brewery.

I began this journey because I got tired of driving long distances for good craft beer, and continued it because I didn’t have much of a choice. Truth be told, the brewery life sounds glamorous until you begin living it, at which point you realize that your job as an owner really has very little to do with making beer.

It’s not to say that I don’t enjoy it, and am not incredibly thankful for the community’s support, a truly incredible team of operators, and reputation that is growing by the day. It’s that like in any business, there’s what you think will happen, and what actually happens.

It’s taken some time to adjust to life on the fly, and it certainly hasn’t been easy, but going into my fifth year, it feels like I’m finally getting to a point where I can slow down, take a deep breath, and think about the future. This post, which has seemingly taken 4 years to write, might be the best proof of that.

The good news is that going into 2018, I am more optimistic about the future than I ever have been in the past. The bad news is that it has not come without loss or difficulty.

My family, which has struggled but remained steadfast in their support of never ending work cycles, has had less time than they’ve deserved. My friends, or those that would call themselves that, have endured hours of endless chatter about my business and life, trying to understand that which consumes me, but never fully understanding why I don’t have time for small talk or hanging out.

We’ve lost customers that we call friends, and worse, teammates that were even more. When you work with someone every day, it’s unfair to call them friends, so we call ourselves a family. However, in business, like life, families sometimes break up, and our family is no different. While every loss is unique, and sometimes loss is gain, they all leave a scar in some way. Some are for learning, and others a lamentation of what could’ve been.

The Departure of a Business Partner

This leads me to announce an even bigger loss; one that I would frame as the most significant loss of my entrepreneurial career. Shawn Christenson, my business partner and best friend for more than 5 years, has left the company to pursue other ventures. It is an amicable departure, but is a loss nonetheless.

He was there when I left the Army, when I left my full-time job in St. Petersburg to start our software company, and when I decided to start a brewery thousands of miles away from where he lived. Always a supporter and advocate, Shawn and I have fought our way through hell and back together, and will always remain close as a result.

Nothing Ventured Nothing Gained

The benefit of loss is that almost always, it leaves opportunity for gain and improvement. To this day, we maintain three original staff members, each of which serves an instrumental role in the business (more on that later), and have added three additional members, who also serve instrumental roles in the business, learning, or should I say adapting, twice as quickly as expected, which I attribute to our incredibly strong leaders, culture, and overall talent.

What began as a small 1.5 BBL brewhouse is now a 3 BBL brewhouse, with 7 BBL on the way. We’re in the middle of an expansion on all fronts, including a re-attempt at an outdoor patio, with the goal of building a second location as soon as we have perfected our current concept. While we’re very proud of our beer, we believe we’re offering an experience unique to Tampa Bay, and hope to offer a similar experience in both the Brandon/Riverview and Ellenton areas in the years to come.

Lastly, many of you know our assistant brewer Mike Frey. He’s the sexy beast in the tank top and white boots responsible for brewing almost every ounce of product we’ve ever made. He began his journey as a bartender, then part-time brewer, all while still working a 9-5 job. I was able to steal him from his employer eventually, but not without risk. It was our first full-time hire, and I wasn’t sure we could afford it. He took a pay cut to join us, and felt the same way.

In the end, it worked out, as Mike has worked tirelessly to become my #2, and the person I trust to run the day to day while I’m focused on expansion, software, et al.

It’s always rare to meet someone that works with the mindset of an owner, and rarer still that they hang around, which is why we’ve decided to reward Mike with an equity stake in the business. As I told the staff when I shared the news – this might be the first time, but it will not be the last time that it happens. We have an entire team full of talented, determined, and capable people, and an entire Earth to conquer.

On that note, you’ll likely see less of me, not because I don’t care, but because this is a year I want to focus on the big picture, not just with work, but with family too. You will definitely see more of Mike, and when you do, congratulate him on his achievements. He truly deserves it.

You will also see Liz, my fearless aide and strategist, growing into an even larger role, as will others. In fact, almost every member of our staff has desires for non-bartender positions, which is a great thing!

This of course means that we’ll continuously have opportunities for new bartenders. We’re also hiring social media/web content staff and photographers/video editors. If you or anyone you know might be a fit, please have them reach out to us.

Let me wrap up by sharing some final notes:

I know I say it all the time, but I truly appreciate the support of every single person that’s visited or talked about Four Stacks. It feels great to finally catch our breath, and there is little doubt in my mind that 2018 is going to be our most epic year yet.